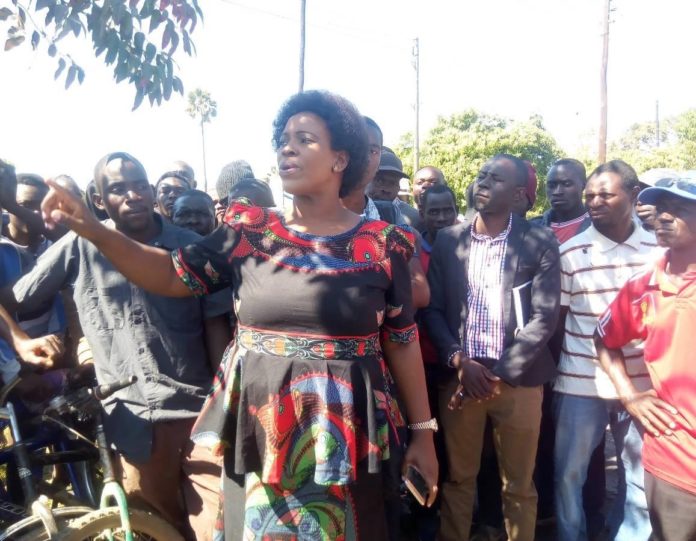 Mrs Chonya said the failure by Government to disburse the funds had greatly affected a number of developmental project and added that the quick and prompt disbursement of the fund was crucial to the completion of numerous projects.

There was no CDF for 2016. As for 2017, Kafue only received a tranche of K700, 000 out of the total K1.4 million.We received the entire K1.6 million for the year 2018 and has since been channeled to ongoing capital projects in the district. The delays had however affected project implementation. Coupled with this challenge is the numerous needs compared to the meagre resources.That’s why am appealing to Government to consider releasing all the funds so that we can channel more funds towards empowerment and poverty reduction at household level,” she said.

The Member of Parliament was speaking during an interactive public discussion on the disbursement of the Constituency Development Fund for Kafue constituency at Kafue Estate Hall, yesterday.

Mrs Chonya however bemoaned government’s failure to allocate a fair share of the fertilizer market to the Nitrogen Chemicals of Zambia (NCZ) for the 2019/2020 farming season, as well as to resuscitate the fertilizer plant.

She said the failure to recapitalise the fertiliser plant has suffocated the lifeline of the people of Kafue town adding that NCZ had the potential not only to meet the entire national requirements for fertiliser but also made the town bounce back to its past glory.

The lawmaker bemoaned the paltry 15, 000 metric tones allocated to the NCZ in the supply of fertilizer for the 2019/2020 farming season and further wondered why Government had assigned another company to to supply fertilizer to Kafue District under FISP instead of NCZ.

Former University of Zambia Students Union (UNZASU) vice president has called on government to ensure that all structures in Higher learning institutions are depoliticised. Speaking...