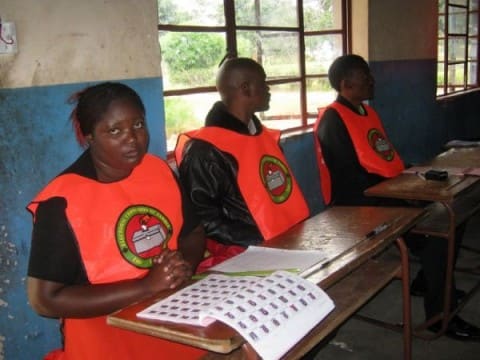 The Operation Young Vote (OYV) executive director Guess Nyirenda said his organisation was happy with the manner in which the ECZ had handled the voter registration exercise through the various media.

“We want to put it on record that we are happy with the manner ECZ has handled the exercise. They have put up a number of publicity methodologies like in the electronic media as such messages are being played on various radio stations all the time,” he said.

OYV in collaboration with other stakeholders have been running two sensitisation campaigns namely the ‘My Vote My Victory Campaign’ and the ‘Rock the lembetsani ma voti – be on point campaign’ aimed at sensitising youths on the importance of participating in the electoral process.

The organisation has however bemoaned the mobile National Registration Card (NRC) issuance exercise which is allegedly impacting negatively on voter registration.

“The Department of National Registration had been a liability in the issuance of NRCs as they denied many eligible Zambians access to the documents which were a prerequisite for one to obtain a voters card and hence people cannot register as voters,” Mr. Nyirenda added.

Speaking in an interview with the Lusaka Star, AVAP executive director Richwell Mulwani said the 21 day extension period will suffice to meet the target from the current 1.2 million.

Mr. Mulwani said the harmonisation of the mobile issuance of NRCs and voter registration has contributed to the impressive voter turnout of new entrants on the voters’ register.

“The 1.7 million targets is attainable, as AVAP we want to commend the Electoral Commission for the stride made in attaining the target,” he said.

Mr. Mulwani noted that the move by the ECZ to come up with a system that enables people to register away from their respective voting centres is a commendable development urging people who are currently away from their usual residence to take advantage of the development.

“ECZ should be commended for coming up with a very user-friendly system which is promoting citizens’ participation required for a democracy, this system is allowing people to register from anywhere,” he said.

And the AVAP Executive Director challenged youths in the country to take advantage of the ongoing voter registration exercise to promote youth participation in the governance of the country.

Mr. Mulwani has since called on members of the public and other stakeholders to take keen interest in decision making and governance process of the country.

By Vincent Matandiko and Josephine Banda CENTRAL Province Minister Sydney Mushanga has encouraged the church to continue preaching love and reconciliation as well as working...