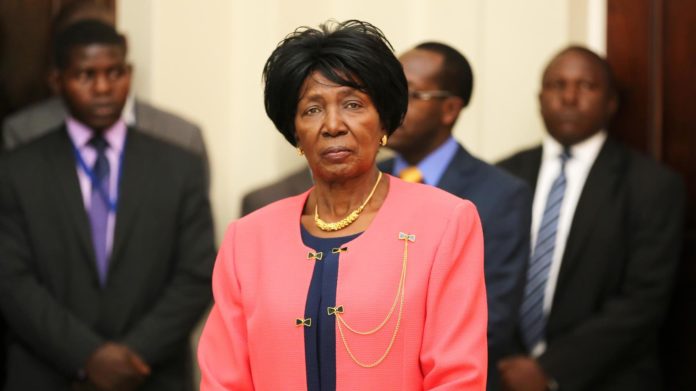 Republican Vice president Inonge Wina says that the government is open to the process to abolish the death penalty.

Speaking during the commemoration of the 71st Anniversary of the Universal Declaration of Human Rights yesterday, Wina urged the Human Rights Commission to scale up the on-going public sensitization on the possibility of abolishing death penalty sentence.

The vice president, however, says that government will do everything possible within its powers to respect the right to life.

She adds that everyone must work towards a human rights violation-free Zambia.

Mwandenga says the latter action demonstrates a sense of being humane and respect for the sanctity of life.

He further urged the state to stand up to its obligation of protecting the human rights of individuals to equality and non-discrimination of the law.

The failure of the state to meet its human rights obligation becomes even more pronounced when the perpetrators of such violations are State Agents, in this case, the police, ironically acting in the name of the president.

The commission called upon the government to ensure that perpetrators of violence and extra-judicial killing such as the death of Lawrence Banda during the Kaoma Parliamentary by-elections and the assault of the Patriots for Economic Progress President, Sean Tembo.

University of Zambia management says the water crisis currently being experienced in certain students' hostels and administration premises is being addressed. The country's largest and...