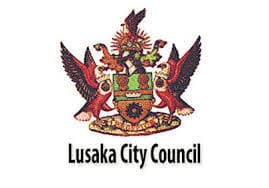 The warning extends to the use of unauthorized Council employees to pay and process renewals on behalf of clients.

LCC public relations officer George Sichimba said the Council has no agents collecting money on its behalf and will not be held responsible for payments made to unauthorized individuals.

The local authority has noted with concern the use of unauthorized individuals to process business levies, health permits and fire certificates, and has resulted in some clients being issued with fake documents and funds never remitted to the Council,

Mr. Sichimba has also warned that the Council will from now on start reporting to the police all business owners found with fake documents, adding that some employees have been dismissed over the matter.

He however said all payments should be made directly through commercial banks and other established platforms.

The deadline for renewals is set for October 31, 2020 and clients have been encouraged not to wait until the last minute to make payments to avoid panic as late renewals will attract penalty fees.

LOSE WEIGHT WITHOUT STARVING YOURSELF

There is a common saying that the biggest insult you can call a female is “Fat”. Which is why most people, ladies in particular,...