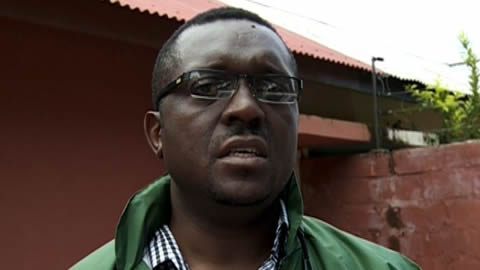 United Party For National Development Elections Chairperson Garry Nkombo said the Katuba by-elections victory was a defining moment for the people of Zambia as it had shone the light on the UPND as an ideal government in waiting.

Mr. Nkombo said the party and the people of Katuba navigated many obstacles in canvassing votes for a dependable, young and energetic leader committed to discharging his responsibility with utmost maturity.

“It has not been an easy journey as we traversed this constituency from corner to corner canvassing votes for our newly elected Member of Parliament, Aubrey Bampi Kapalasa. We take our hats off for the great people of Katuba for being a shining example,” said Nkombo.

And newly elected Member of Parliament, Bampi Kapalasa thanked God for placing him among the people of Katuba and to be of service to the entire community as a young leader.

Meanwhile, Katuba Campaign Manager and Choma Central Lawmaker Cornelius Mweetwa expressed gratitude to note that the people of Katuba have elected a vibrant young person who shall definitely add value to the National Assembly as a strong opposition Member of Parliament.

Mr. Mweetwa also thanked his campaign team for a splendid work, enduring spirit and an outstanding family unity that delivered Mr Kapalasa’s victory as he commended the PF leadership who were willing to sit down and avert skirmishes of political violence from escalating.

Allow me to take this opportunity to exceptionally commend Zambia Police for a splendid, professional exhibition of great work ethics. If the Police continue to handle elections like this, political violence would be a thing of the past. We would also like to commend our colleagues in the Patriotic Front (PF) that despite the violence by their youths, they were still able to sit down around the table at every stage to avert escalation of violence, Mweetwa said.