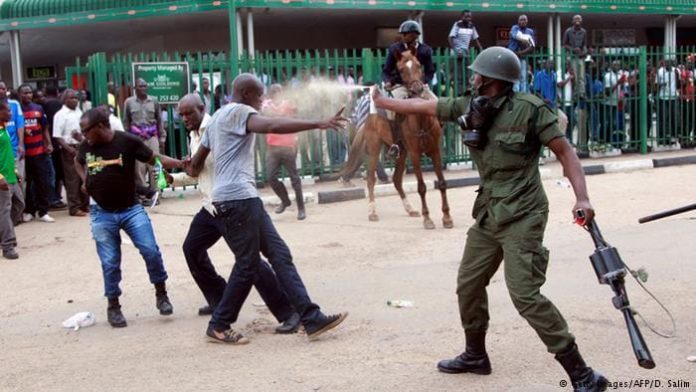 Government has urged University of Zambia (UNZA) students to prioritize dialogue when aggrieved.

Director for planning in the Ministry of Higher Education, Succeed Mubanga, said dialogue was the answer to disputes.

Mr. Mubanga said this when he officiated at the launch of the Pillars of Peace UNZA Chapter recently.

He said this in a speech he read on behalf of the Higher Education Minister, Professor Nkandu Luo.

Mr. Mubanga disclosed that the office of the Minister of Higher Education was always open to students and members of the public.

The director for planning, who is a former UNZA student himself, wondered why the students were in the habit of taking to the street when the ministry was running an open-door policy.

Speaking at the same event, former Chief Justice Chibesa Kunda, encouraged the custodians of the newly formed Pillars of Peace UNZA Chapter to abandon the culture of violence.

Justice Chibesakunda, who is also the matron for Pillars of Peace, challenged the students who were in attendance to be champions of peace and dialogue in a bid to restore sanity and peace in higher learning institutions.

Meanwhile, when questioned when the ministry would procure the bunk beds that were proposed by the minister as a measure to the current shortage of accommodation at UNZA, Mr. Mubanga said that the project would be undertaken by the management of the institution, next year.

The launch of Pillars of Peace at the institution of higher learning came as  a step to prevent riotous behavior by students.