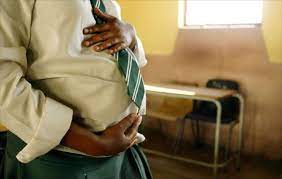 Zambia National Education Coalition ( ZANEC) has urged government to come up with a robust programme to educate girls that are in schools located in rural areas on safe sex.

Speaking in an interview with Lusaka star, ZANEC Executive Director, George Hamusunga said girls in the rural areas are more prone to getting pregnant as they lack the knowledge on how to avoid early pregnancy .

What is unfortunate is that when these girls in rural areas fall pregnant, they lack psychosocial support, financial support as well as child care among others,

He added that with the engagement of chiefs and village headmen in the pregnancy prevention programme, government can succeed in reducing the number of girls that fall pregnant while in school.

Meanwhile, Regina Tembo, a mother who got pregnant while in secondary school, said it was hard for her to get back to school after getting pregnant due to lack of financial support and child care.

Despite managing to complete my secondary level, I still face stigma for falling pregnant at an early age from both my close friends as well as relatives,

Tembo has since encouraged girls to seek knowledge on how to prevent unwanted pregnancies in order to secure their future.

According to the Ministry of Education, 16,419 pregnancy cases involving girls in schools were recorded in 2020, and only 7, 954 re-entries were recorded.

The current load shedding crisis that Zambia is undergoing is nothing new to the country and most likely won’t be the last. With more...