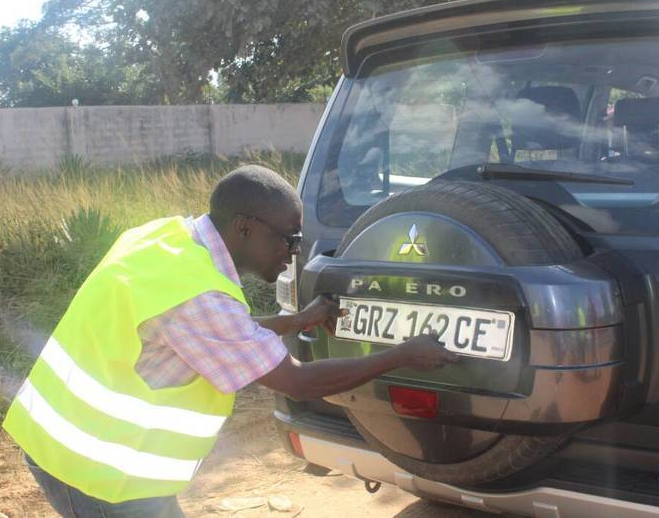 Government has expressed concern over the continued use of Government Republic of Zambia(GRZ) auctioned vehicle number plates by various road users.

Minister of Works and Supply, Mutotwe Kafwaya said it was a requirement for those who bought government vehicles to comply with all regulations that come with owning a vehicle with relevant authorities by not using the number plates appearing on the auctioned vehicles.

“The reminder on the change of identity of former Government vehicles was not only directed at former Government officials but to everyone who had bought such property and whoever fails to do so will be charged with tax evasion if one was found wanting by Zambia Revenue Authority,” the minister said.

Mr. Kafwaya was speaking during the Festive Season patrols on the misuse of Government vehicles which was conducted in Chongwe District yesterday by the Government Transport Control Unit (GTCU).

The Minister said people who purchase government vehicle also need to comply with the regulations governing the purchase of vehicles from other countries such as England and Japan.

And Mr. Kafwaya reiterated that the main objective of the random patrols was not for Government to raise revenue but to make sure that property was used to serve the Zambian people who were the tax payers.

The Minster further cautioned that those with a habit of using government vehicles for personal use to stop wasting tax payers as citizens have entrusted them with these vehicles to render public service.

“The use of government vehicles for personal activities such as going to Church, driving relatives and friends around was not acceptable adding that tax payers cannot finance personal errands,” the minister said.

The Random Festive Season Patrol inspected 26 motor vehicles and impounded seven for various offenses and that the vehicles will only be collected once the penalty fees were paid.

Government is being advised not to implement the Sales Tax this year, so that stakeholders can critically analyse and understand it before it is...