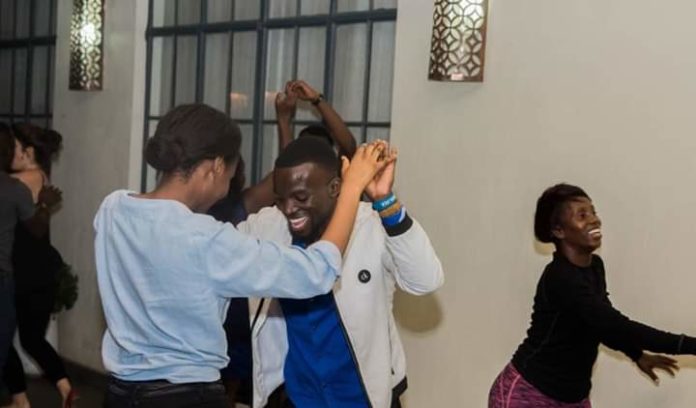 Having its roots in a 1933 latino song called ‘Echale Salsita’ which when translated into English means spice it up a little, Salsa has surely added some flavour to the University of Zambia students by becoming a safe haven from their never-ending book leafing routines.

As many have subscribed to the extra curriculum activity, many have also not hesitated to whine their way clear of the dance stating it promotes infidelity.

Speaking in an interview with the Lusaka Star, a university of Zambia (UNZA) second year student from the school of Education, Gilbert Mwape expressed his disapproval.

I believe some parts of a woman’s body- like her waist, are meant to only be touched by her boyfriend, but in Salsa, this is not the case. She is touched anyhow,

Many others who have added their voice have backlashed the explicitly sensual expressions of the dance as too intimate for their taste.

Additionally, Joan Bwalya, who is also a second year student at UNZA, said that due to its sensual nature, Salsa allows for insecurities in the non-indulging partners.

The thought of seeing my boyfriend standing very close to a girl, worse off hugging her tightly, throws me off,

Bwalya who is popularly known as FMB said the social club has laid down rules that guide the moral conduct of its members and ensures platonic relations in the club.

According to our stipulated rules of engagement, dancing partners are frequently rotated during a dance session so that people do not become too familiar with each other,

He added that men are not allowed to touch women’s breasts and bums as that amount to sexual harassment.

Bwalya, who is also part of Elite Salsa Zambia, urged students to depart from being judgmental and pessimistic about salsa as it has a myriad of benefits, which includes physical fitness and stress relief…

Despite some adverse reactions received from some members of the student populace, Salsa has, at the highest learning institution, looped its way into the hearts of many with an average class having 30 students per session.

UNZA posits itself as being part of the globalization phenomenon, the tango, mambo and flameanco salsa dance moves have found their home at the university’s common rooms.

The Unza salsa social club, established in 2003, has grown in leaps and bounds over the years with 2009 being the pinnacle, as it was led by famous comedian, Mumba ‘Chingliz’ Kunda.

Severe hunger has been predicted by Chief Chitanda of the Lenje speaking people of Chibombo District in Central Province following the flooding of crop...