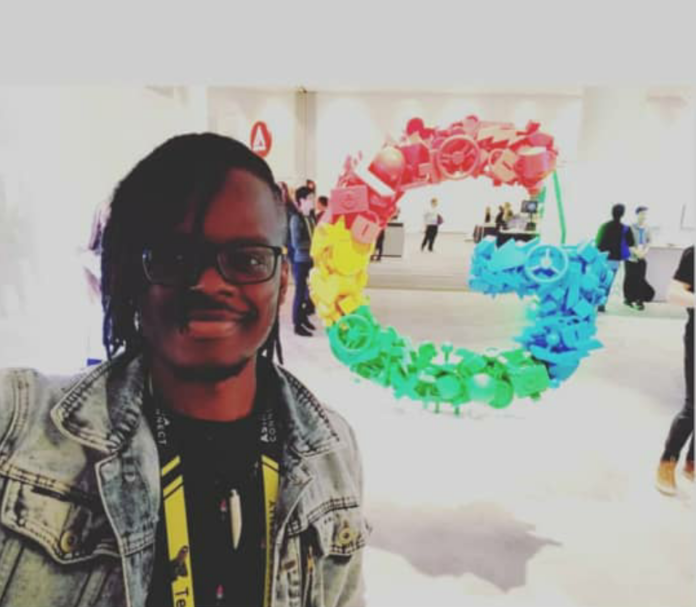 Born on July 30, 1993, Mwaaba has since his childhood days radiated an insatiable interest in creative arts such as games and animation.

As a boy, he was intrigued by how the craft works and what a career in game designing would be like.

In 2011, Mwaaba took his interest in  game developing to the next level by experimenting with Youtube videos and subsequently taught himself skills in his much fancied career.

However, it was not  until 2016 that he decided to venture into professional game development.

Mwaaba  has a passion for telling African stories, particularly those originating from his country Zambia, which he believes holds the rich culture that he seeks to embed in his art.

His deep  passion for gaming coupled with support from stable friends later enabled him launch a company called Epic Arts.

The company went on to  produce various small game projects such as Aliens Hate Pineapples and Viral Load.

The latter game was designed to educate kids about HIV and AIDS, an idea that was borrowed from internal mechanism of the body fighting off infections. The game’s main characters were  “white blood cells” that would go round eliminating viral threats.

Now an experienced gamer, one of the major projects his company is working on is Project Lumpa, a psychological horror game that focuses on a modern day narrative of a boy trying to find his father and  in the process discovers things about the past, which leads him to uncover the secrets of Alice Lenshina and her cult. This story is based on a true narrative of Zambian history.

Mwaaba’s exploits has earned him a chance to represent  Zambia at the Gamers Development Conference (GDC) at Moscon in San Francisco, California, where he was one of the speakers at the event.

In 2018, he won the Computer Lab Africa Competition in South Africa under the games category.

The young gamer also had the honour of meeting companies such as Google and Unity, the software he uses to make his games.

Additionally, Mwaaba has attended a number of gaming events that have helped him to grow such as the  Games Week in Paris, France including Playtopia and Games Week in South Africa.

At such a young age, his work is a groundbreaker  and can easily be credited as having initiated a movement for game development in Zambia!