Lusaka StarService with Excellence
HomeFeaturesKANJIBA: SONGSTRESS WHO SINGS A STORY 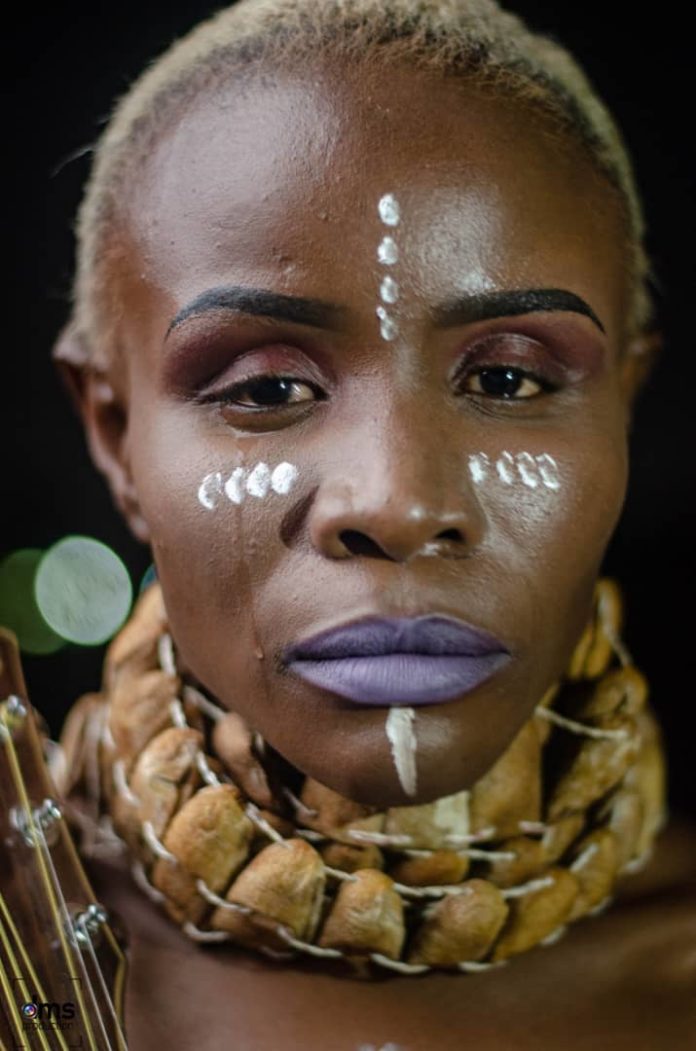 Going by the stage name “Kanjiba” meaning a bird that sings a story, Thresa Ng’ambi, a rising Zambian songstress, has been releasing music that touches hearts and leaves crowds wanting more.

Here is the story of this talented songbird’s life.

Kanjiba was born in a home headed by a single parent, her mother, and is the last born in a family of three but unfortunately lost one of her siblings to a tragic road accident.

Growing up, she never knew or met her father and later lost her mother, forcing her and her older sister to move from one relative’s house to another, looking for a place they could call home.

Because it was only the two of them against a cold world, Kanjiba’s sister took up the role of mother and worked hard to fend for her little sister.

Most stories concerning famous people with a rough past usually include an aspect of the person being bullied at some point. But surprisingly, that was not the case for the songstress.

Kanjiba described herself as one who was a bully and daring person when she was younger. However, something that used to calm her spirit was whenever she would lift her voice to sing.

She narrated that after she lost her grandmother, singing was the only thing she would do to comfort herself.

“I decided to continue singing because I felt it was a good way to keep in touch with my loved ones who were no longer with me,”

Narrating life after secondary education, the songstress explained that she did not have any other career but music in mind and decided to pursue her dreams.

However, this did not sit in well with her family, who decided to send her to Evelyn Hone College of Applied Sciences to pursue a secretarial program.

Still determined to pursue her dream, Kanjiba withdrew from her program and joined a music class.

After completing her music course, the talented singer started producing and writing music for the band, which she does even in the present day.

Kanjiba produces pop music with a traditional touch and most people often confuse her voice with that of other artists such as Wezi and Angela Nyirenda.

One of her famous songs is ‘Kaulemama’ and she has worked with various artists including Clique Viral.

She explained that she chose traditional pop music because she discovered she loves African music and also cited her grandmother as one of the main inspirations behind the music style.

“My grandmother played a bigger part through the stories she told me and the lessons behind the stories helped me make my music,”

Before being recognized nationally as a musician, Kanjiba stated that the Zambian music industry was not easy to join because it was usually about connections and how much one had to offer.

“It was not really about the talent, it’s about the money your song would produce,”

Another challenge the singer faced was getting her songs to play on radio and television. But with the help of social media, she started posting songs and drew the attention of different people who enjoyed her music.

Kanjiba has won various awards through the years. She and her band scooped first prize in a musical contest to tour Europe and later, she released a single called “Mandu” as a solo artist and got a good response on air play ,attracting famous local Djs who remixed the song.

The talented musician describes herself as a simple, crazy, adventurous and creative person whose love for her two sons knows no limit.

She said she remains down-to-earth because of what life taught her before becoming successful.

“My career path and experience through my music has taught me to never underestimate anyone and respect other people in spite of age, race and background,”

The talented singer is someone who is worthy to be emulated. Not only is her music style unique, but also her personality.

It is safe to say that more of the skyrocketing talent is coming and the world will be there to listen to her touching music and cheer her on till the end.