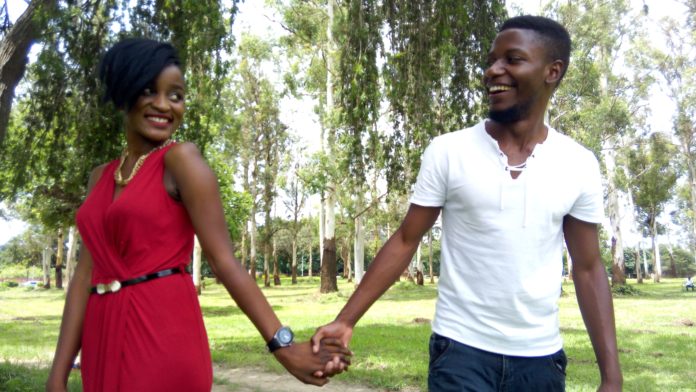 A room lit with an expensive perfume engraved with the mark of intense excitement.

A bouquet of red roses with a scent that stirs up a romantic mood. A delicious meal and a bottle of wine to fuel one’s affection for another.

These characterize the popular colorful paint-box of which Romantics are the usual artists painting a beautiful picture on this popular day associated with love and romance.

This day has gained so much popularity and is celebrated by people of varying faiths across the world including people with no religious faith. ‘Valentine’s Day is what it has come to be termed as and 14th February is the date set apart for it.

There are several legends that are believed to have been the origin of this day.

It is believed that the lover’s day goes back as early as 270 AD in Rome and started with the clash between a Priest called Valentine and a mighty ruler by the name of Claudius II who ruled Rome during that time.

When Emperor Claudius II decided that single men made better soldiers than those with wives and families, he outlawed marriage for young men.

Valentine, realizing the injustice of the decree, defied Claudius and continued to perform marriages for young lovers in secret. When Valentine’s actions were discovered, Claudius ordered that he be put to death.

Other stories suggest that Valentine may have been killed for attempting to help Christians escape harsh Roman prisons, were they were often beaten and tortured.

According to one legend, an imprisoned Valentine actually sent the first ‘Valentine’ greeting himself after he fell in love with a young girl – possibly his jailer’s daughter who visited him during his confinement.

Before his death it is alleged that he sent the first ‘valentine’ himself when he wrote the girl a love letter, and signed it ‘from your Valentine’, that is, the very words still used on cards today.

Precious Kalaba, a third year student pursuing a Bachelor of Arts with Education at the University of Zambia is one of the participants of this annual celebration and she believes that it is right for people to be celebrating Valentine’s Day.

“I like this celebration because it makes me expectant of what a loved one would offer me and the event creates a platform for people to express the love and care they have for each other,” she says.

The 2016 Miss UNZA Congeniality recalls how she has been celebrating Valentine’s Day by going out for a movie or dinner and explains that receiving special gifts on this day widens her smile.

“Chocolates and roses are my favorite Valentine’s Day gifts,” Kalaba states as her eyes light up with joy at the mere thought of the scene.

And Father Roy Thaden of University of Zambia (UNZA) Catholic Chaplaincy reveals that there have been different traditions pertaining to Valentine’s Day and there is no strong evidence for most of these beliefs as they have been built up and magnified by people over many years.

He explains that Valentine’s Day was basically a catholic celebration of the power of God working through St. Valentines and some Catholics used to and still pray through the saint to ask God for blessings upon their loved ones.

Fr Thaden, however notes that the celebration has been commercialized by the world and diverted from being the holy feast it once was.

“We as a church find it very demoralizing to keep celebrating Valentine’s Day because of its modern day misinterpretation of merely buying gifts for one another or committing adultery,” he strongly states.

The Chaplain says that the church currently only holds mass and acknowledges Valentines or merely makes reference to him during this day.

He adds that there is no harm in celebrating the feast if done while upholding moral standards.

“It is right to celebrate Valentine’s Day as long as people express their love towards one another in ways that reflect the glory of God,” Fr Thaden says.

Meanwhile, Pastor Isaac Machisa of Eagles Christian Centre says that there is no biblical reason to why Christians should celebrate Valentine’s Day but those who do so should not be demonized.

He stresses that people should express love for one another everyday instead of waiting for Valentine’s Day for them to do so.

Pastor Machisa notes that the popular Valentine’s Day practice has been driven by worldly standards and barely reflects love from a Christian perspective.

“Love is beyond romance and gifts for it is possible for one to buy a gift for another and yet not feel loved. Love must be a lifestyle for everyone and not merely an act on one particular day,” he explains.

He adds that God’s love for man is demonstrated every day and every Christian should therefore emulate God and teach the world what love is by living it.

“Jesus Christ gave us a new commandment that we may love one another just as he loves us. Only love will make the world know that we are God’s children,” states Pastor Machisa in explaining Christian love.

And Koloto Aggrey Daka, a marriage counsellor who is happily married also gives his perspective of Valentine’s Day explaining that him and his beautiful wife do not celebrate it but have at times been present in situations that call for their presence.

“My wife and I don’t celebrate Valentines, but at times we have been found at such events organized by my employers or the church. However, we do not take extra effort in organizing such, and we do not condemn those that go an extra mile to celebrate Valentine,” he says.

The counsellor further explains that the issue of celebrating Valentines should not breed questions of whether it is right or not but of who the participant is and how he or she celebrates the event.

Daka cites a married couple deciding to go for dinner, later booking a lodge and spending a night away from home in order to appreciate the love and care for each other as an acceptable way of appreciating one another.

The counsellor encourages married couples to be appreciating one another more often in special ways on any ordinary day rather than limiting the gesture to only special days such as Valentines.

He however, condemns the trending modern scene of celebrating Valentines noting that it is unorthodox to Christian beliefs.

“If unmarried couples go out to drink and have sex in the name of Valentines, I absolutely condemn the participants in the celebration and not the day,” he says.

The highly celebrated event has grown to be portrayed in the eye of society as a day of ‘love’ and thus, it’s’ foundation of love has been laced with ‘sex’, that is, the common perception of expressing love.

Daka attributes it to the media and how it advertises celebrating of Valentine’s feast as love expressed through intimacy.

“The celebration only attracts extra expenditure and debts to a common Zambian especially a student,” Daka says.

This event is the world’s second largest seasonal card sending time of the year. As people decide to exchange warm gestures of love, it is hoped for that the right mode of doing so forms the bedrock of their mindset.

The Lusaka City Council (LCC) has warned business owners against making payments through unauthorized agents as the renewal of business levies, health permits and...

NEW ZRA BOARD USHERED IN