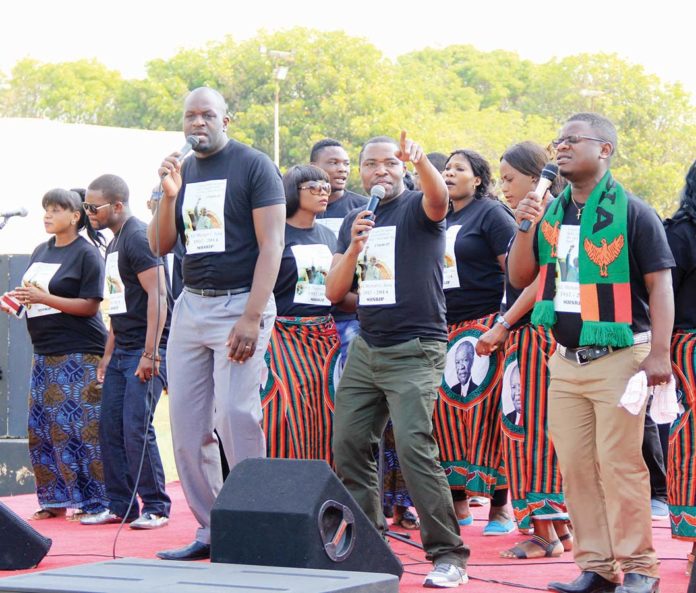 Zambia Association of Musicians (ZAM) says Musicians will facilitate the worship service during this year’s national day of prayer, fasting and reconciliation through music.

ZAM president Tivo Shikapwasha said the association is actively preparing for the  national event and the musicians who have been selected to perform are ready for the event.

“We believe that in any particular way, as musicians we should be able to lead the rest of the nation into a relationship with the Lord, so it will be an honorable thing for us to do and this is why we are committed to doing this,’’ he said.

Speaking in an interview, Shikapwasha said musicians have a vital role to play in addressing social problems affecting society because they create a sound track of everything that happens in life.

“The right thing to do is to do what you think is right on that day, it’s not just a day of prayer but it’s a day of restoration and reconciliation so do what seems right to you,” Marky 2 said.

He stated that he has never attended the National day of prayer event since its onset but prays and fasts at his home.

“Although people interpret the National day of prayer differently, the right thing to do is to engage in what works well with one’s spirit.

The artist said the day of prayer and fasting should be understood firstly on a personal level before it is taken to national level.

This year marks the fourth time Zambia will commemorate the National day of prayer, fasting and reconciliation since its inception in 2015. It is observed annually on the 18th of October.