MFWITI TO BRING BACK BATU WAYZ 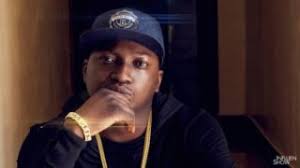 Legendary Batuzo Kabwata commonly known as Batu Wayz has released a track titled “Mfwiti” which he believes is going to bring him back to the industry.

In an interview with Lusaka Star, Batu said he has no doubt people are going to love the song as it features Dalisoul also known as Mwana wamu komboni.

“I have released my first single in January after being off the industry for a long period of time, it features Mwana wamu komboni and Tok Cido who happen to be the main producer,”  Batu said.

He described “Mfwiti” as a hyper club banger cautioning guys who look at other people’s girlfriends in the club.

“The main concept is that you know those people in the club abatemwa ukubunduila amagelo yabene, so I am telling them that if they continue looking at my bae, I will be a witch and bewitch them,” explained Batu.

Furthermore, Batu said in as much as he has put in a lot of work to meet the current demand, he has tried by all means to sound original.

He said he doesn’t want to come back as a different person but someone people loved adding that he has a great package of music to share with his fans in 2019.

Toc Cido noted that Batu Wayz has maintained his old style on Mfwiti. He said Batu Wayz has intentionally put Mwana wa mukomboni on this project to make it more hyper.

He added that he has worked on so many songs that have been appreciated by listeners and that this song is definitely going to be a big track.

Ministry of Education permanent secretary has urged unions at the University of Zambia(UNZA) to desist from blackmailing government over the K82 million it owes...