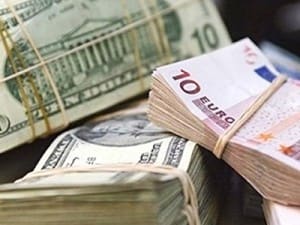 Mr. Chisanga Lukusa, who is also a lecturer at the University of Zambia (UNZA) under the department of Developmental Studies said Zambia’s excessive debt may deter investor confidence stating that investors do not wish to invest in a highly indebted country.

Mr. Lukusa emphasized that government should ensure that the borrowed money is invested areas of the economy that will directly translate into better living standards for the Zambian citizens as well as the growth of the economy as a whole.

The Economic Analyst urged government to focus on enhancing the manufacturing industry in order to help pay off the external debt that the country holds.

Recently, government announced the issuance of a $ 1.25 billion Eurobond which brings the nation’s total external debt to over $ 6 Billion USD.

In an interview with the Lusaka Star, Mr. Lukusa explained that government should consider exporting finished goods as such would usher in more money than the current exportation of raw materials.

Mr. Lukusa added that if the price of raw materials is stagnant and the price of importing finished goods keeps rising, Zambia would continue losing a lot of money and producing little.

Meanwhile, an economist from the Copperbelt University has charged that the borrowed funds be used to strengthen the Kwacha.

Commenting on the matter through his Facebook posting and monitored by the Lusaka Star, Lubinda Haabazoka said the only way to solve the debt crisis is through embarking on projects that will grow the economy and doing away with excessive spending.

“I think the only meaningful way in which we can utilise these borrowed funds is to use them for the right causes. For instance channel them to developmental projects that will benefit Zambians,” he said

Dr. Haabazoka, however, cautioned that is important that Zambia as a nation should focus on building the capacity of the economy which would translate into the formulation of a fully functional economic sector.

“We should also understand that it’s impossible to develop a country on borrowed funds. For any development agenda, government’s priority is to expand the economy. That can only be done by stimulating the middle class by lowering their tax burden. That also includes the reduction of road tax,” he further explained.

THE Non- Governmental Organisations Coordinating Council (NGOCC) has urged women to know and claim their rights if the fight against Gender Based Violence (GBV)...