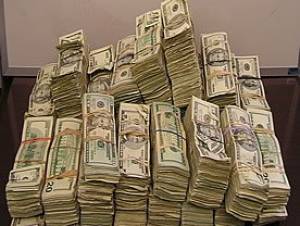 A sinking fund is a fund established by an economic entity by setting aside revenue over a period of time to fund a future capital expense, or repayment of a long-term debt. Government’s move to create a sinking fund aimed at repaying the two 10-year sovereign Eurobonds has been received with mixed feelings by some sectors of society.

Some stakeholders have welcomed the move while others claim it is all political propaganda.

Minister of Finance Alexander Chikwanda recently told Parliament that Government had set up a sinking fund for repaying the two 10-year sovereign Eurobonds amounting to US$750 million and US$1 billion issued on the international capital market in 2012 and 2014, respectively.

Prominent economist Yussuf Doldia who is also Private Sector Development Association (PSDA) chairperson commended government’s move to create a sinking fund despite some opposition political parties claiming the state did not have the capacity to pay off this debt.

Speaking in an interview with the Lusaka star, Mr. Doldia said the creation of a sinking fund was timely adding that the sooner government started paying back the loan the better for the survival of the country.

He explained that the Patriotic Front (PF) had no political will to develop the country and was just doing this as a campaign strategy to win favour for the forthcoming 2016 elections.

“Ever since the Patriotic Front came into power, it has been all talk and nothing to show for it. Government is always diverting from real issues affecting the country,” Mr. Saunders explained.

And Forum for Democratic and Development (FDD) president Edith Nawakwi claimed government was bankrupt and had no money to put into the created sinking fund.

“Government is putting money from taxes aside. This is the money they want to put into the sinking fund. How reliable is this seeing that a lot of businesses have closed down due to load shading? Government cannot get tax if the businesses are closed … this means they have no money to put into this sinking fund,” she explained.

“Government should instead invest the borrowed money in projects which will yield benefits and bring about development to the country,” she urged.

A sinking fund is a fund established by an economic entity by setting aside revenue over a period of time to fund a future capital expense, or repayment of a long-term debt.

WOMEN for change (WFC) says it is saddened by the recent report in Ngabwa district where a 13 year old girl was married off....