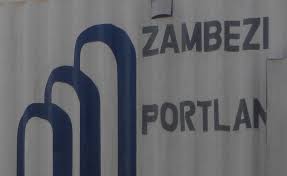 The former ZPC workers are alleged to have been dismissed from service by the company on medical grounds.

A representative of the former workers, Steven Kabuswe said they (12 discharged workers) were suing the company for negligence and non-remittance of loan repayments.

"I have worked for Zambezi Portland Limited from 2009 and the company could not tell us that we were not fit for work. We went for medicals in May, 2013 but results were not revealed until December 24, 2014 … and we were put on sick leave for six months," Mr. Kabuswe said.

He revealed that the 12 discharged workers tried on several occasions to negotiate with the company before involving the courts of law.

According to the notice of complaint under section 85(2) of the affidavit of service prepared by the Industrial Relations Court, a copy from the court was taken to ZPC human resource manager Voece Mukabila who refused to sign on the return copy to acknowledge receipt but referred it to the Director.

It further stated that when the copy was taken to the company’s Director, it is alleged the Director refused to sign the copy adding that it was not his responsibility before sending it back to Mr. Mukabila.

"They were not taking us for medical check-ups periodically as required and when results from Ndola Central Hospital were out, they revealed that we were not fit to work in any scheduled mine because we were at risk of lung disease and recommended that we be retired," said Mr. Kabuswe.

Mr. Kabuswe expressed confidence in the country’s justice system adding that the discharged workers had confidence the matter would eventually be settled.

Civil Society Scaling Up Nutrition (CSO-SUN) Alliance has urged Zambians to take keen interest in food preservation during the 2019/2020 farming season. Speaking in a...