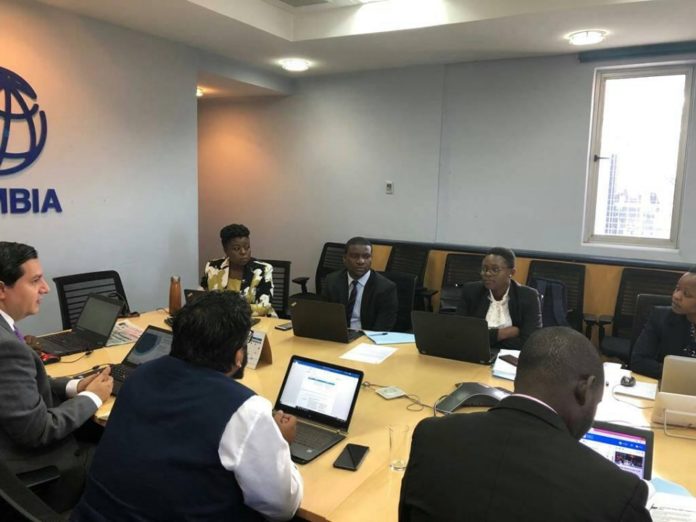 The Business Regulatory Review Agency (BRRA) says it is ready to launch an operational upgraded e-Registry and a ‘Notice and Comment system’ by the end of 2019.

BRRA Chief Executive Officer (C.E.O) Sharon Sichilongo noted that one of the key business reforms in the country had been the deployment of an e-Registry, which is a centralized database and online platform holding information on licenses, certificates, permits, authorization and regulations

Miss Sichilongo also disclosed that the Notice and Comment system was designed to allow citizens to provide the government with feedback on proposed laws and regulations.

She said the agency had continued to update information on the e-Registry with details on regulatory frameworks from 11 public bodies having been vetted and uploaded onto the e-Registry.

The C.E.O added that the e-Registry was not only a channel for improving access to information on business regulatory frameworks in Zambia but also aimed at promoting transparency in the administration of government to business services.

Sichilongo revealed that during the first half of 2019, BRRA received 11 notifications of intention to revise or introduce regulations.

The Agency Head explained that BRRA received and reviewed six Regulatory Impact Assessment (RIA) Reports on proposed regulatory frameworks, of which five were approved adding that they were determined, necessary and justified.

“Section 6 of the Business Regulatory Act of 2014, a regulatory agency or public body proposing a policy or law that affects business activity has to undertake a Regulatory Impact Assessment (RIA) and submit an RIA report to BRRA for approval,” she stated.

Sichilongo further encouraged all public bodies to comply with the provision to undertake RIA in order for them to contribute to the attainment of a conducive business regulatory environment.

The mandate of BRRA is to review existing, as well as proposed policies and laws affecting business activity in order to ensure that they serve a legitimate purpose; and to develop and implement initiatives aimed at improving government-to-business service delivery as well as increase access to business registration services,” she said.

Meanwhile, the World Bank has engaged OTB Africa to upgrade the e-Registry and to develop a Notice and Comment portal.

The Notice and Comment portal is an online public consultation tool that will allow the public and businesses to provide feedback on all proposed laws and regulations in Zambia.

Lusaka clergy speaks out on ARVs and Condom use