Lusaka StarService with Excellence
HomeFeaturesTO TURN THE TIDE AND SUPRESS THE COVID-19 PANDEMIC, MASS VACINATION IS... 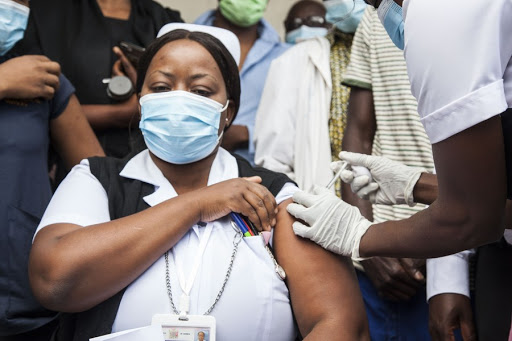 Amidst the waning of the COVID-19 pandemic in Europe, football lovers have been treated to a festival of enthralling football matches at Euro 2020, a Pan-European event being held in front of vaccinated fans in 11 countries.

The packed stadiums with unmasked fans, would make one think COVID-19 is now in the distant past, however that is not the case, as this has been made possible by the fact that more than 40 percent of the adult European Union (EU) population has received at least one vaccine dose, which translates to more than 200 million vaccinations in the EU. Many European countries that have managed to vaccinate their population and even reach herd immunity, have since won the fight against the virus, or so it may seem.

Back in Zambia, this has not been the case as the slow pace of vaccinations and mild adherence to health guidelines has thrown the country into a devastating third wave, which has rendered its health infrastructure and human resource incapacitated. Mortuaries and burial sites are also filling up at an unprecedented rate as the country continues to average 50 deaths per day since last week.

However, what is of particular concern is government’s slow progress in immunising the population as Zambia has only administered at least 150, 476 COVID vaccines since April, which is partly 0.8 percent of the entire population. Based on Ministry of Health records, last week, the country averaged about 697 doses administered each day. At this rate, it will take more than 6,000 days to administer doses for another 10 percent of the Zambian population.

The country also seems to be struggling in acquiring other vaccines not provided for under the COVAX facility, a global initiative directed by the World Health Organisation (WHO), which is aimed at providing equitable distribution of COVID-19 vaccines. COVAX was expected to deliver 700 million vaccine doses to Africa by December. But with only six months remaining, the continent has only received 65 million doses, with Zambia getting 228,000.

The constraints in the supply of  the AstraZeneca vaccine under COVAX and the failure by government to engage early with pharmaceutical companies in order to quickly access other vaccines has led to the shortage of vaccines in the country. The only available doses are the second doses of the AstraZeneca and the scarcely used Sinopharm.

Ministry of Health Permanent Secretary for Technical Services Dr. Kennedy Malama, has been non committal on which day the country is expected to receive additional vaccines.

We would like to assure members of the public that we are expecting more vaccines in the coming days. There has been some administrative delay in the arrival of the next consignment which has impacted negatively on the vaccination roll out in Lusaka,

Moving away from government’s failure to quickly purchase additional vaccines outside COVAX and other logistical bottlenecks, the debilitating slow roll-out of vaccines can also be attributed to the fears of a vaccine-sceptic population. This anti vaccine brigade, fueled by religion and ignorance, has peddled half truths and outright conspiracy theories devoid of tangible epidemiological and medical evidence.

The fact that the republican president, some senior government officials and the main opposition leader, have not publicly taken the vaccine or at least announced that they have been inoculated has only given the skeptical more reason to stay away from vaccination centres.

Nevertheless, government and various stakeholders must rise above these challenges and ensure that the public access vaccines as quickly as possible in order to drastically bring down the soaring positivity  and mortality rate. In fact, according to Public health England (PHE), COVID vaccines have so far prevented an estimated 7.2 million infections and 27,000 deaths in England alone.

These findings remind us once again why getting both doses of your vaccine is the most important thing you can do to stop the spread of this terrible disease, PHE said.

As well as preventing the death of tens of thousands from COVID-19, for the first time we can now appreciate the huge impact that the vaccines have had on stopping people getting infected, and therefore passing the virus on to others.

Like it has been since Euro 2020, getting vaccinated gives us a path back towards a normal life that is not possible if the majority of the population is not vaccinated. Vaccines work. Spreading conspiracy theories does not.

Airtel Networks Zambia has advised all its stakeholders and customers not to pay any heed to social media reports claiming that the telecommunications company owes...