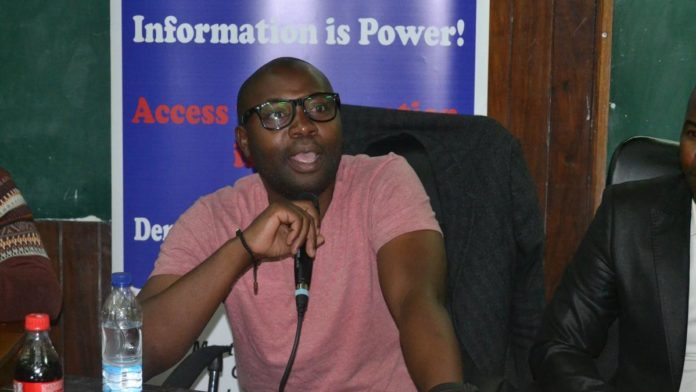 Bloggers of Zambia Chief Executive Officer has said that it is undemocratic for the state to Impose tax laws on internet users.

Speaking in an interview with the Lusaka Star, Mr Richard Mulonga said that the law is against the values of the right to freedom of expression.

Mr Mulonga added that if the internet becomes expensive to some people, it will limit them in using and accessing the internet thereby infringing on their right to freedom of expression.

He further encouraged citizens not just to watch but to stand and react to the law because social media is a platform for entrepreneurship and innovation for most.

Mr Mulonga since called on the government to find better ways on how they will impose the tax because the reason for bringing this tax is not legitimate.

He stated that there is nothing positive about the proposal as it is not only a threat to freedom of expression and access to information but also peaceful assembly and association online.

Meanwhile, Zambia Research and Education Network (ZAMREN) said that the tax is not evil but contributes to the nation’s development as it ensures that common services are provided for.

The Competition and Consumer Protection Commission (CCPC) in collaboration with the Kitwe City Council (KCC) has seized goods worth k1,800 in Kitwe, Copperbelt. CCPC public...