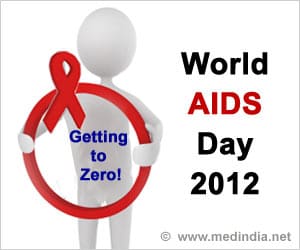 And ZPS says 64 Percent of the total prisons population is comprised of young people.

Speaking at the commemoration of the 2012 World Aids Day in Livingstone at the Livingstone State Prison yesterday, Commissioner of Prisons Percy Chato said ZPS decided to organise this years World AIDS Day commemorations in Livingstone as a way to demonstrate that health programmes are not only meant for prisons in the Midlands.

“I am very delighted to stand before this distinguished gathering to venerate the 2012 World AIDS Day under the national theme ‘Getting to zero: I am a youth making a change for an HIV fee Zambia.’ I am also glad to note that the ZPS and its cooperating partners has further added an emphasis by rephrasing this year’s theme to ‘Getting to zero: Supporting HIV prevention among young people in prison,’ he said.

Mr. Chato said the fight for the HIV/AIDS pandemic is a compulsory one that required concerted efforts by cooperating partners and stakeholders respectively.

He explained that it was a battle that needed the involvement of government, cooperating partners, non-governmental organisations (NGOs), stakeholders and all meaningful citizens to fight together if the long awaited victory was to be won.

The Commissioner noted that between January and September this year 2700 inmates from 18 prisons were counselled, from which 2570 volunteered to be tested for HIV and only 94 were found to be positive.

He thanked Government for opening the door for Zambia Prisons Service in the quest to uplift the health standards of the inmates by creating the Health Directorate under the Prisons Amendment Act of 2004.

And speaking at the same event, Deputy Minister of Home Affairs Honourable Stephen Kampyongo commended the Zambia Prisons Service for their active involvement in programmes aimed at fighting the HIV and AIDS pandemic.

“The Patriotic Front Government, whose major supporters in the last years’ tripartite elections were the youth, has, therefore, priotised activities and programmes that concern them [the youth] including health programmes,” he stated.

Mr. Kampyongo revealed that government was ready to support all government departments and institutions dealing with the youths and the prison service is one such entity.

The Deputy Minister, however, noted that government would not be able to meet all these needs and wants of citizens single handed.

“Government is mindful of the importance of good diet for our brothers and sisters who are living with HIV/AIDS in prisons and in this vein we have been supplying the food supplements to the service in order to meet this need. Further we have continued to provide technical and financial support to programmes related to HIV/AIDS,” he revealed.

Mr. Kampyongo therefore commended the United Nations Office on Drugs and Crime (UNODC) for sponsoring the event stating that it was a good example of the benefits of the private-public partnership.

Mr. Kampyongo later called on inmates to value the knowledge they could be ambassadors of change once ushered into society.

At the same event, UNODC donated a bending machine and a sowing machine to Livingstone Central Prison that can was to be used to teach inmates some survival skills.

Speaking before handing over the equipment to the Minister, UNODC Regional Programme Coordinator under the HIV/AIDS Unite Ehab Salah said UNODC would do everything to ensure that persons living with HIV and AIDS lived a healthy and productive life.

He said the equipment given would help in equipping inmates with various survival skills that could help them sustain themselves when they were realised into the community.

And in receiving the donations, Hon. Kampyongo assured UNODC that the equipment donated would be put to good use and achieve their intended purpose.

Among the institutions that mounted stands at the event were CHRESO Ministries, New Start Centre, PRISCCA, UNODC, National AIDS Council, Zambia-led Preventive Initiative and the Drug Enforcement Commission, among others.

Minister of Transport and Communications, Brian Mushimba says Zambia will be a regional hub for investment and trade in the region. Mr Mushimba said the...