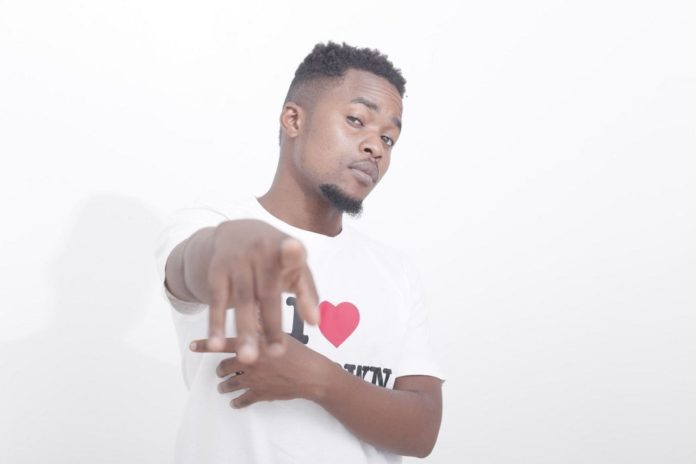 Multi-talented Music Producer, Rapper and Song Writer Mutale Nkonde, popularly known as Shinko has described his music career as a new sound as it is general.

Shinko gets his inspiration of producing music from local artists such as the late Paul Ngozi, Black Muntu, Daddy Zemus as well as popular artists of the new era like Chef 187 and Thuga. He started his music career in 2013 in his home town Kasama, in the Northern part of Zambia.

“I get the dancehall field and fuse it into our own ‘kalindula’ so that Africans can relate with the music,” he said.

He added that local people need music that is efficiently  produced as well as timeless and can play overtime.

Shinko has worked with various artists such as Kaladoshas on the ‘lovvy dovvy’ song, Jay Rox on the Joanna song as well as a song titled Efyochinonene by Redwingz featuring Cleo ice queen, Malz City, Scott and Kaladoshas.

Shinko further urged his fellow producers to keep the audiences groomed to music by being very creative.

“Music producers need to realize the need for music and ensure that they give people what they want by not playing one genre of a song but mixing different sounds when producing and playing the songs,” he said.

He further urged his fellow music producers to incorporate the real Zambian beat in their music productions in order to get recognition in the global music industry.

Shinko is currently working on two new songs, ‘so sorry’ and ‘Waiting for you’ by Kaladoshas as well as a song called ‘Use a friend’ by Red Core who is an upcoming artist which will feature T-wise and Shinko himself.