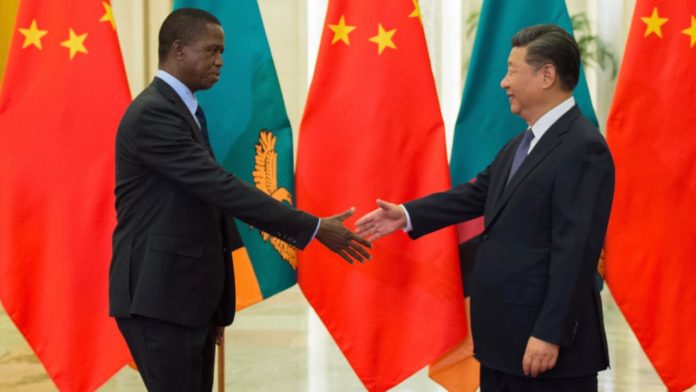 Zambia has borrowed about $5 billion (figures likely to rise in 2019) from China in recent years in what appears to be a calculated gamble to rapidly build infrastructure that will jump start economic development.

It’s a big risk because now the country is spending 27% (K23.6 billion) of the 2019 national budget to pay back these loans with no guarantee that any of these transport, communications, manufacturing or energy projects will ever turn-in a profit.

To China’s critics in the West, the surging debt levels in Africa highlight Beijing’s predatory lending agenda. But embedded in that same critique is an offensive “paternalism” that strips African policymakers of any agency in their decisions to engage the Chinese for what is undeniably a risky gamble with their countries’ economic futures.

While we should do everything possible to scrutinise Chinese lending practices to Zambia and the continent as a whole, it’s also equally important to consider the very limited options that are available to Zambia when it comes to building the kinds of infrastructure projects we are doing with the Chinese.

If China is not the answer, then what is? Do yo really think the U.S, EU or Japan would ever handout $30 billion to a poor country like Zambia to build roads and bridges, DO YOU?

Zambia will remain poor because we are easily played. The west is in the middle of trying to contain China’s growth and part of that containment strategy is to create fear among Africans so that we’re weary about doing any kind of business with them. A war of narratives?

How many bombs has China dropped in Africa? How many coups? How many rebels have they sponsored? How many elections have they influenced? How many genocides? Did they take any slaves? Have they sponsored any dictators? If your answer to these questions is ZERO, then why are you so quick to believe people who have actually done these things or benefited from them when they tell you that that is what China is doing?

Some may say “China isn’t trying to help Africans, they are here to profit”, well, isn’t that the premise of capitalism? Why should we as Zambians want ‘help’? Would you rather have China sponsor NGOs that spend 20 years in the country without any tangible improvements to the quality of life? Trade is how economies are built. China gets something and the country it is dealing with gets something as well. You don’t have to like each other.

I’m not saying Zambia shouldn’t be careful in their dealings with China. They should be. Same with Every country. But come down with the sensationalism!

The Drug Enforcement Commissioner (DEC) has arrested three Ministry of General Education civil servants in Lusaka for money laundering activities. The three all from the...

LIEMPE FARM TO DELIVER VEGTABLES TO STUDENTS AMIDST COVID