Zambia Electricity Supply Company (ZESCO) has said the cost of business for the company is high hence the proposed tariff increment.

ZESCO Managing Director Victor Mundede said the increase in electricity bills is aimed at meeting company operating costs which have escalated from k2.1 billion to k8.7 billion in 2011 and 2016 respectively.

The ZESCO Managing Director was speaking at a meeting hosted by ZESCO in conjunction with Energy Regulation Board (ERB) at Mulungushi International Conference Centre.

Mr. Mundede said the increase is as a result of prevailing economic conditions which call for investments in the sector in order to generate enough capacity to meet growing demands of power.

He attributed the cumulative inflation which increased by 57.1% to the increase in cost of business activities for the power company.

The Director further stated that ZESCO makes capital investments of 98% by borrowing from foreign investors.

He said the company intends to incorporate investors developing various projects to supplement the increase in power supply.

NGOCC Chairperson Mary Mwale said the increase is not a good move as it will lead to escalation in the cost of doing businesses in the country.

She added that the move will lead to increased deforestation as many citizens will turn to using charcoal in order to avoid huge bills.

And Energy Regulations Board Chairperson Professor Francis Yamba said the board has heard the issues raised by various stakeholders saying the proposed increment is too high.

He said the board will look into the submissions and come up with a decision. 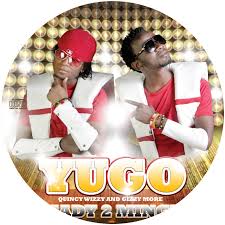