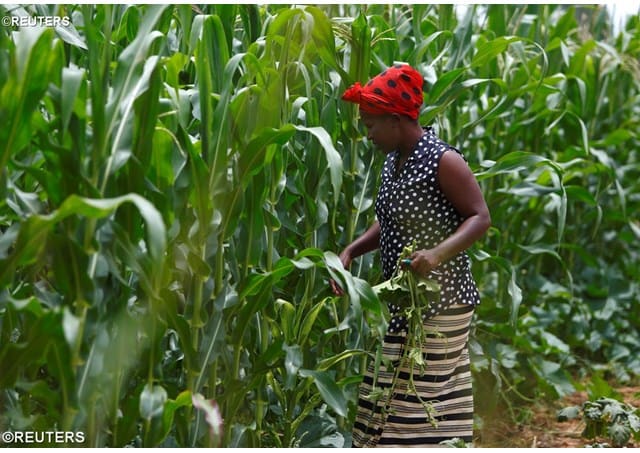 [easy-tweet tweet=”ABOUT 6,000 farmers in Mumbwa District of Central Province have called on Government to revert to the traditional way of distributing farming inputs.” hashtags=”LusakaStar, FISP”]

The farmers who stated that they may abandon the e-voucher programme cited failure by government to provide them with farming inputs on time as the reason for their stance.

Mumbwa District Agricultural Coordinator Dominic Malipa said out of the 16,782 farmers who were supposed to benefit from the program, only 9,000 had their e-voucher cards activated while over 700 more cards had by press time not been delivered.

“About 9,000 cards have been activated and only 3,000 have been swiped and inputs have been collected,” said Mr. Malipa.

The agriculture coordinator said the delay in making the inputs available on time forced farmers to use their own money to buy inputs on cash basis as opposed to relying on the e-voucher system.

He added that those who paid the K400 mandatory down payment for their inputs were already contemplating selling the inputs and pulling out of the programme unless government reverts to the conventional way of distributing farming inputs.
And Tusole Cooperative Chairperson Stanslas Chembe said it was unfortunate that farmers had not received inputs despite government announcing that it had released money for the program.

“Farmers started depositing money on 22 December but since then, all we do is wonder as to when exactly they will get the inputs,” said Mr. Chembe.

He said some farmers in his cooperative had not even collected their cards while a few who had collected the fertilizer were sharing a pack between two people, meaning each farmer was getting a bag of top and basal dressing fertilisers.

Mr. Chembe added that some agro-dealers in the area had consequently hiked the price of fertilizer from K250 to K290 and K240 to K280 for basal and top dressing respectively.

Late delivery of farming inputs by government has been a source of worry among farmers across the country.

China has disclosed that it will donate equipment for cataracts surgery to relevant hospitals in Zambia after completing its task to operate 300 patients living with...