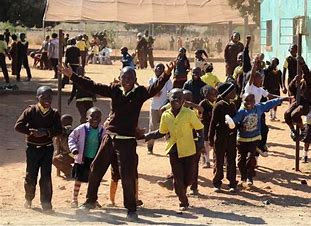 The Department of Social Welfare in Kalabo district of Western province has called for the formation of a District Child Protection Committee.

Kalabo District Social Welfare Officer, Chris Sililo made the call during a management meeting held at the District Administration.

He observed that a lot of children in the district were exposed to various forms of abuse, neglect, violence and conflict.

Mr Sililo cited that some children were being assigned by unknown people to go round compounds and marketplaces picking up used plastic bottles for sale to traders at the expense of being in school.

The District Social Welfare Officer added that yet again, some parents were assigning their children to roam the streets selling vegetables and other merchandise during school time.

“I implored all stakeholders in the district to mobilize communities on the need to seriously assess the situation in order to protect the needs of children, promote their development and participation in national development,” Mr Sililo said.

Mr Kabisa, who is also Gender Focal Point Person, has since implored stakeholders in the district to promote children’s rights and legal situations in line with Zambia’s policy frameworks and international conventions.

And Teachers Response Against Child Abuse (TRACA) Project Officer, Martin Kawimbe welcomed the move describing it as progressive in securing the safety of children.

Mr. Kawimbe noted that fighting for the rights of children required a multi-sectoral approach especially for girls.

The Project Officer observed that society was wrestling with the adverse effects of early marriages, teenage pregnancies and Gender Based Violence saying all of them impact negatively on the well-being of children.

The Competition and Consumer Protection Commission (CCPC) has urged the general public to report all businesses dealing in defective products as a way of...