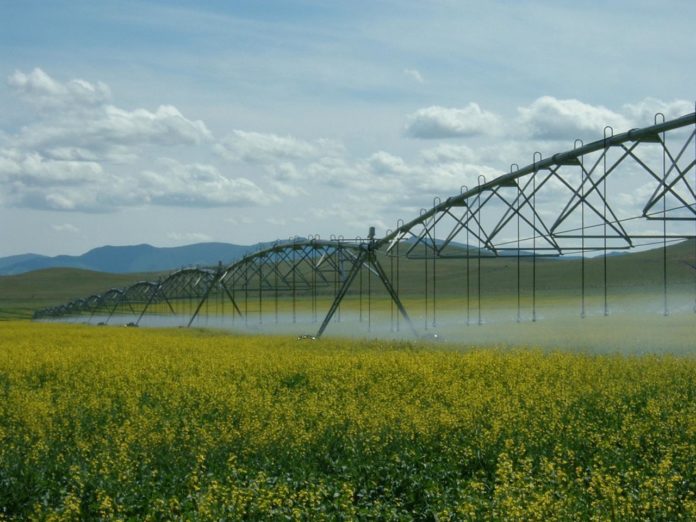 Ministry of Agriculture has opened doors to stakeholder’s at a  workshop presenting the feasibility studies carried out in various parts of the country to uphold small scale irrigation project.

The project implementation presentation aims at showing the impact of the consequences irrigation has on the quality of life style in vulnerable rural areas and the types of irrigation used in the settlement.

The project which is estimated to work with 600,000 small scale holders, produces most of Zambia’s cassava, cotton, millet and sorghum with the population growing at 2.8% and estimated to double up by 2030.

In an interview with Ministry of Agriculture National Director Eng. George Phiri said there is a wide spectrum of challenges on both the farmer and the ministry in that the farmers need to be sustainable in the activities they do to have economic impact on the farm.

Eng. Phiri stated that some schemes that farmers engage in should make profits to help them keep the scheme running as well as acquiring skills but there is a tendency from the farmers that results into having a slow scheme as well as marketing challenges.

He adds that there needs to be an arrangement that should be set up to assure the farmer of the market as well as addressing the market which will be attractive for the farmers produce, in that the produce must be consistent, be of good quality and quantity which farmers cannot manage.

The National Coordinator said that if one has to run a scheme economically, one has to look at the economies of scale which will be able to make profits for a farmer but these farmers may not have the technical capacity no matter how much training the can get.

“There has been a lot of training done over the past few years but the rural farmers cannot be trained to be a good financial manager and may not be able to do market surveys or negotiate price and these are some the challenges the farmers face,” Eng. Phiri said.

Furthermore, the farmers’ major contribution is land therefore the government mobilizes funds which is directed to a phase of building of infrastructure and development after the 28 February, there after the government will begin the process of resource mobilization and procurement of works for constructing which may take up to five years to see these up and running.

Eng. Phiri further stated that it is quite involving as there needs to be put a management structures, mobilizing resources for corporate establishment as the output studies meet the expectations and can be referential for future purposes.

“The farmers should be supportive to the project and corporate as the schemes that will be implemented will be economically viable socially and also there will no waste of resources considering various factors by trying the market first to achieve the expected goals and also improve the standards of living,” Eng. Phiri said.

Upholding small scale holders from the rain-fed type of agriculture to the irrigation system has a positive increase as the latter system failed to smoothen and enhance the cycles of hunger and food.

The policy development states that the government aspires to properly mitigate the project by 2030 as the irrigation has potential with about 523,000 hectares of land to be developed.

Leader of the Opposition in Parliament Brian Mundubile says the United Party for National Development (UPND) government is using the fight against corruption to...