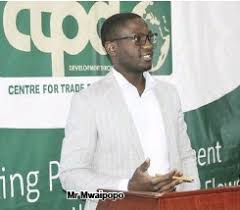 The Centre for Trade Policy and Development (CTPD) has called on the government to consider cutting on expenditure instead of coming up with measures that will not make a difference if the IMF bailout package is to get through.

“There have been several rounds of discussion and negotiations over the IMF bailout package which have since stalled since 12th July 2018, what has been lacking is government’s commitment on the fiscal-side on reducing government expenditure, increasing government expenditure on infrastructural projects such as roads and airports is simply not in tandem with fiscal consolidation, austerity and reducing the accumulation of public debt,” he said.

The centre has also said a number of citizens have expressed skepticism on government’s intentions to get a bailout from the IMF following experiences lived in the 1990s.

While it is important to remember the past, there is need to recognize that both Zambia and the IMF have changed in many ways.

The centre has however said an IMF Program also comes with benefits which are far more important than the Zero interest monetary Balance of Payment support.

Meanwhile, he has assured the government that the bailout package is within its reach all it needs is implementing fiscal discipline and it should as well take advantage of the impending visit by the IMF team and clearly make its case.

“The country needs to consolidate its fiscal discipline by returning to a cash budget and spend within its revenue generation capacity, Zambia needs to design a debt repayment strategy that is specific, as to the amounts to be repaid and when, the source of the funds to finance it and how it will be generated,” Mr Mwaipopo said.

This comes after IMF rejected Zambia’s plans for a bailout and withdrew from further talks in early, 2018.

“ It is CTPD’s hope and expectation that negotiations around this financial support will be concluded
within the course of 2019 or else Zambia should begin intensifying efforts in identifying alternative
options through which it can restructure its public debt,” he said.

CTPD has further established it has past conducted research whose findings it will be disseminating on the 24th of January, 2019 at Mulungushi Conference, this will be a public forum, open to the public.

It’s amazing what we choose to give attention to sometimes. Late August 2019 had the whole Zambia talking when 52 year old Capital buses...