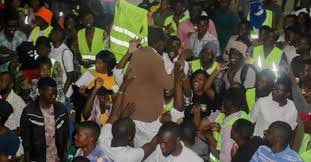 The University of Zambia Student Union (UNZASU) President Shadrick Mumba and his cabinet are experiencing governance issues and corruption allegations which has led to the closure of the student shop in campus.

Speaking in an interview with the Lusaka star, UNZASU Minister of Finance Mwansa said that the closure of the shop has costed students because they now have to walk as far as East Park Mall or Kalingalinga to access commodities they need due to the closure of the student shop.

He further explained that the confusion with the shop can only be overcome if cabinet members understand their jurisdiction so that there is transparency and accountability in the union.

Meanwhile, UNZASU Minister of Trade and Commerce Clement Mwakamuyi said that the weak systems and procedures of handling money in the student shop has paved way for money to go unaccounted for.

Mr. Mwakamuyi further explained that the divisions have been caused by Mr. Mumba as he wants to control all activities even those that don’t concern him.

In his defence, Mr. Mumba said that he is the chief of the executive and as such is mandated to oversee all activities to ensure the smooth running of his cabinet.

“As the head of executive, I will continue to perform my duties and those that are spreading propaganda should come to terms with the power that has been vested in me by the student populace,” Mr. Mumba said.