PROTECT FIC ITS YOUR INSTITUTION-KASANGA 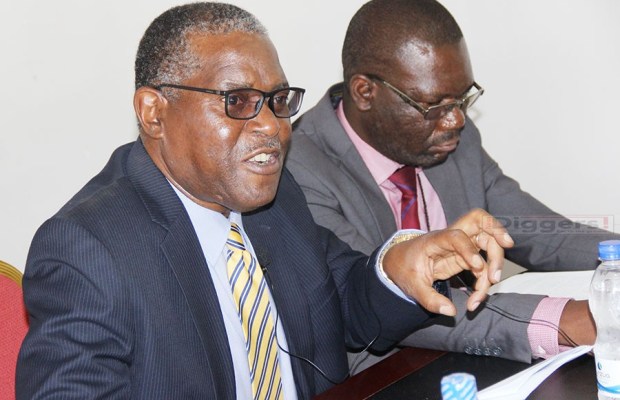 Speaking on Prime Television’s Monday program known as “Oxygen of Democracy”, FIC acting Board Chairperson Mr. John Kasanga said the current criticism of the institution had potential to energize criminals.

“I would urge everyone including the President and ministers, you may have problems with the FIC yes it is not a perfect institution but it is your institution protect it, the first thing is, protect it!”, Mr Kasanga said.

He said support to institutions such as FIC and its workers was important as they sacrifice their lives to ensure that the country was provided with the best financial intelligence reports.

Mr Kasanga said increasing figures of suspicious transactions in the country should be a worry for everyone, more so for a government that was faced with challenges of raising revenue.

He stated that the estimated figure of K6.1 billion in the trends report was not the entire picture on the ground as it was just out of a sample analyzed by the institution and there was more of such transactions.

Mr Kasanga further dispelled assertions that the data disseminated to the public was raw but noted that all suspicious transactions were not criminal in nature and it was the duty of the institution to analyze and determine if such a transaction was indeed criminal.

Meanwhile, he said the trends report could not disturb investigations as alleged by some stakeholders because cases highlighted were historical and are communicated deliberately to the public so that they are informed of these crimes.

Mr Kasanga said a detailed report was issued earlier to other law enforcement agencies to do their work and the release of the report to the public was for education purposes only.

“It is only when the public is informed of such potential financial crimes happening that they could help in fighting such vices,” Mr Kasanga explained.

He has since called sentiments rebelling the FIC trends report as guess work unfortunate because the institution was staffed with qualified human resource with rich background in criminal investigations capable to execute their duties professionally which all Zambians should be proud of.

However, Mr. Kasanga acknowledged that FIC was not a totally perfect institution and to this regard it had continued to improve itself to match international standards of operations.

He disclosed that due to its professionalism, the institution was last year admitted to the Egmont Group of Financial intelligence units, a global institution.

And Mr. Kasanga said the institution would endeavor to do more in educating the public on its role.

He advised the public to appreciate the role of FIC trends report by linking it to several social challenges they were faced with such as shortage of medicine in hospitals, poor school infrastructure, unemployment, untimely deaths and all challenges that government was struggling to address.

The recent 2018 FIC report has attracted mixed reactions from different stakeholders such as the Drug Enforcement Commission (DEC) which has heaped huge criticism on the report and the institution. Read more on DEC’s reactions to the FIC trends report here.

Minister of Information and Broadcasting Services Dora Siliya has said that equipping journalists with skills that are necessary for modern radio production will promote...