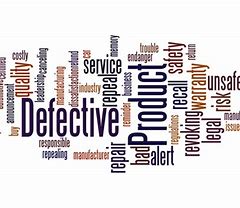 The Competition and Consumer Protection Commission (CCPC) has urged the general public to report all businesses dealing in defective products as a way of collectively curbing the problem of faulty products on the market.

Speaking in an interview with Lusaka Star, CCPC Public Relations Officer Mr. Rainford Mutabi said that the public should report all cases of faulty dealings especially if the service provider does not take responsibility or acknowledge that the service been rendered is faulty.

Mr. Mutabi explained that the commission checks for expired goods and those that may be faulty as a way of ensuring products been supplied to the consumers are fit for use as the law under the CCPC act number 24 of 2010 prohibits the sale of defective products.

Meanwhile, a Lusaka businessman specialised in electronics, Mr. Stanley Malama appealed to the authorities to intensify the inspection of goods before penetrating local markets as that is where the main problem lies.

Mr. Malama further stated that officers are not doing enough at the boarders as some of these faulty goods should not even make their way into local outlets.

Being in business for over 10 years, I have seen the adverse effects of how small business owners are affected once found with faulty goods which mostly end up being confiscated,

He noted that in as much as consumers are protected, the protection should start from the entry points and not just from local shops and markets.

Mr. Malama further explained that those dealing in genuine products are highly affected because counterfeit products sale at a very cheap price in comparison to original products which both appear similar resulting in loss of business.

Common Market for Eastern and Southern Africa (COMESA) Competition Commission On March 17 issued a warning to all companies and individuals selling products not medically tested and approved but claim can treat or prevent Covid-19 to desist as this is contrary to article 27 of COMESA Competition Commission regulations.