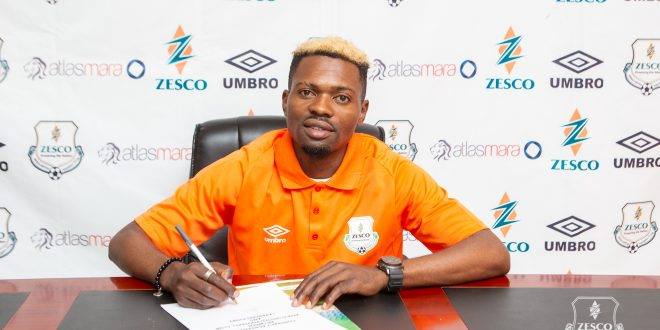 ZESCO United Football Club is delighted to confirm the arrival of Lazarus Phiri from Green Eagles.

The former Kansanshi Dynamos winger has 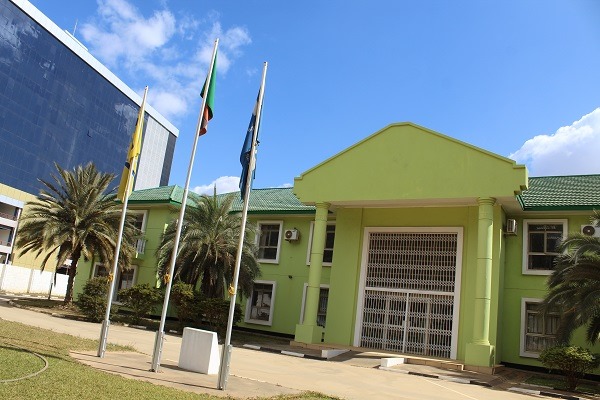 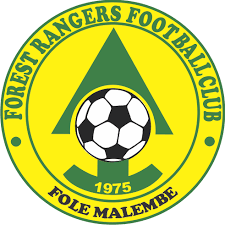 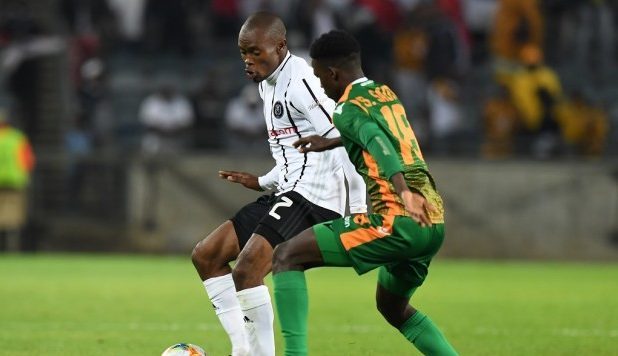 ZAMBIA's envoys in the Confederation of African Football (CAF) Champions League Green Eagles Football Club have qualified to the pre-group stages of the competition after booting out South African giants Orlando Pirates via a 2-1 aggregate scoreline in a match played on Saturday night in Johannesburg, South Africa. Victory was non-negotiable for the South African side, who went into the game trailing 1-0 after suffering defeat in the away leg played in Lusaka a fortnight ago, and while the spoils were shared on the night, the 2-1 aggregate loss sees the Soweto Giants fall at the first hurdle of the continental showpiece. There was an early opportunity for Pirates, who were awarded a free kick in the 3rd minute, however Thembinkosi Lorch's ball into the box was cut out by the strong Eagles defence before it could cause any threat. Pirates went even closer moments later, with Gabadinho Mhango winning a corner kick after his shot was parried by goalkeeper Sebastian Mwange. Most of the opportunities fell to the home side early on, and there was another one in the 26th minute as Zambian international Justin Shonga was fouled outside the box, and had to leave the field to receive treatment. Mhango stepped up to take the freekick, but failed to keep his effort down. The best chance came with six minutes of the break, with Lorch whipping in a free kick into the box. The ball bounced dangerously before landing on Vincent Pule, who tried to flick it into goal but was blocked, resulting in a goalmouth scramble before the ball was eventually cleared. Pule was back in the action just moments later, this time heading wide after captain Happy Jele rummaged forward and delivered an inch-perfect long ball into the box. Play was concentrated in the visitors' territory, and the pressure was telling with the Buccaneers handed another free-kick just outside the box. This time Shonga’s shot was on target but Mwange didn't have to move much to deal with the threat. Goalless is how the first half would end, leaving Pirates just 45 minutes to find the breakthrough they so desperately needed. An early corner in the second half yielded another opportunity for the Buccaneers, with Mhango and Lorch combining out wide before the former delivered a cross towards Innocent Maela, who's connection was not enough to direct the ball into the net. The search for the elusive goal was intensified with a tactical change 10 minutes into the second 45, as Zambian international Augustine Mulenga was brought on to replace Asavela Mbekile, while Kabelo Dlamini replaced Pule, who was stretchered off the field after suffering an injury. Seconds after being introduced, Dlamini was immediately in the thick of the action, with two shots in quick succession - the second only marginally off-target as it crashed into the upright. Something had to give, and it did in the 59th minute with Jele rising tall to head in the opening goal on the hour mark. The lead would be short-lived, with Eagles Amity Shamende delivering a shot which evaded the outstretched Wayne Sandilands as Green Eagles hit back immediately after the restart. This meant that Pirates would have to score twice to stay in the competition, with Eagles at an advantage through the away-goal rule. It was back to one-way traffic, with the hosts searching for the goals. Dlamini, Lorch and Paseka Mako all delivering shots to test Mwange but the defensive effort stood firm. The Buccaneers launched an onslaught on their opponents, but were constantly let down by their final touch. With four minutes on the clock, Pirates were awarded a golden opportunity in the form on an indirect free-kick inside the edge of the box after Mwange was adjudged to have handled a back pass. However, the Eagles shot-stopper pulled off a brilliant save to deny Lorch's drive towards goal. There would be no decisive strike from the Buccaneers, who lost 2-1 on aggregate, with the Zambian debutants progressing to the next round of the competition. Meanwhile, another Zambian side Zesco United has progressed through to the pre-group stages of the CAF Champions league after beating eSwatini side Green Mamba's 3-0 on aggregate. The Zambian side went into the match with a 2-0 goal advantage recorded from the first leg played in eSwatini a fortnight ago. The George Lwandamina tutored side had to finish off the business at Levy Mwanawasa Stadium by handling the eSwatini contigent a 1-0 beating to book a place in the next stages of the prestigious competition. » 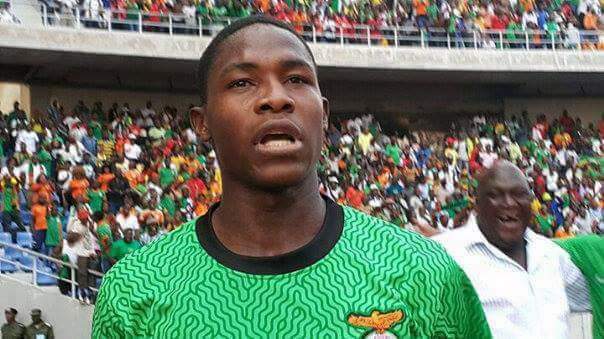 EAGLES NOT INTIMIDATED BY PIRATES – SAUTU »

MATERO MAGIC PROVES TOO MUCH TO PACERS, SUNS »