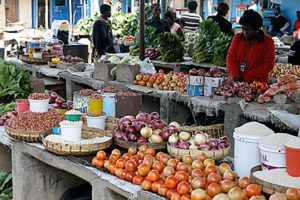 THE Jesuit Centre for Theological reflection (JCTR) says 2015 was generally not an easy year for most Zambian households.   In a press statement made available to the Lusaka Star, JCTR media and information officer Tendai Posiana said 2015 saw a steady increase in the cost of living for most towns in the country.

THE Zambia Tourism Board (ZTB) has recorded a significant increase in the number of tourist visiting the country this year despite the continued depreciation of the local currency.

Politcian and businessman Charles Milupi has charged that government's move to increase electricity tariffs is a wrong remedy in addressing the power shortage crisis the country is facing.

UNZASEITA to launch the ‘She Entrepreneur Committee’ project »

The University of Zambia Student Entrepreneurship, Innovation, and Technological Association (UNZASEITA) set to launch the She Entrepreneur Committee project. Association secretary, Joseph Ng’ambi, told the Lusaka Star that the association will partner with United Nations Development Program (UNDP), Zambia Development Agency (ZDA), DOT.COM Zambia, NYAMUKA Zambia and many other institutions to boost the initiative to encourage students in creating employment.

University of Zambia Students Union (UNZASU) has called for stability in the Zambian economic environment if new entrepreneurs are to be successful. In an interview with the Lusaka Star, UNZASU Business Affairs Secretary Clarence Kaoma said stability of the kwacha was very important for the creation of a better environment for new entrepreneurs.

THE Private Sector Development Association (PSDA) says the continuous instability and depreciation of the Kwacha against major world currencies threatens the growth and development of the private sector. Speaking in an interview with the Lusaka Star, PSDA chairperson Yusuf Dodia said the private sector business environment in the country will continue to worsen if nothing is done to save the free falling kwacha, adding that foreign currency was the life line of the Zambian economy.

THE Timber Producers Association of Zambia (TPAZ) has called on government to start organizing international auction sales for the high value wood to realize revenue in the wood sector. In an interview with the Lusaka Star, TPAZ President Charles Masange said timber has the capacity to earn significant foreign exchange which can help strengthen the depreciating local currency if well marketed and exported. Mr Masange noted that high value wood is attracting a lot of foreign exchange on the international market.

THE Competition and Consumer Protection Commission (CCPC) has opened investigations into suspected price fixing of mealie meal and flour by the Millers Association of Zambia (MAZ) and its members in Lusaka. CCPC acting executive director Brian Lingela said a team of investigators from the Commission conducted a search on MAZ and other major milling companies in Lusaka for suspected engagement or facilitation of the price fixing of the commodities.

THE Lusaka City Council (LCC) has warned unlicensed liquor traders in Lusaka of stern action if found engaging in illegal liquor business. This follows concerns raised by some Kalingalinga residents who claimed that the area has in the recent past experienced an increase in the number of illegal liquor businesses. They argued that such a business was difficult to control as they (illegal businesses) did not follow stipulated laws that govern the sale of liquor.